Consciousness is the Active Ingredient

Breathing is much more than just the autonomic nervous system’s response to keeping us alive. It is the key to walking on this beautiful planet empowered, vital, conscious and thriving. It is our birthright as an awakened humanity. The key that leads us to the heart of the matter – awareness.

Breath is one of three ways we take in prana, the life force of the Universe. Water is a carrier of prana, as is our vegetation. Most of us can go without food for 40 days, water for 3-5 days and oxygen, only 3 minutes before the brain starts to shut down. Oxygen is the bodies primary fuel; and yet, we give our breathing the least amount of attention.
Yogis of old warned us not to confuse the two parts of the breath: the outer breath of oxygen and the inner breath of prana. Prana is the driver of the vehicle ‘oxygen’ and steers it exactly to where it is most needed. When we place our awareness on the breath, this conscious act activates the prana. It also awakens the dormant seed of our awareness.

When water comes from a mountain stream it is vibrant with prana. According to Dr. Emoto’s work we can reawaken any water to this same vibrancy by consciously sending it love and gratitude. Dr. Emoto’s work shows even the most devastated sewer water being reactivated to its original purity by people placing their awareness on it. This conscious act catalyzes the prana, instigating it to form the most beautiful water crystals rivaling the freshest of water.

The raw foods movement has long known that when vegetables are eaten raw or lightly steamed, they maintain their nutrients and vibrancy. It is the use of pesticides, and now, the dangerous act of genetic engineering that deeply devalues our produce. And yet here too, it is widely known amongst spiritual communities that any food that is blessed with love and gratitude goes beyond simply nourishing us. It is akin to eating sacrament.

David Hawkins conducted an interesting study, in which he muscle tested the levels of consciousness. This study is outlined in his book Power vs Force. Hawkins points out that in all his muscle testing groups, most people test positive for organic foods and negative for non-organic foods. However, the one group that appeared impervious to either, or were beyond the extremes, were people who meditated. Hawkins website is www.veritaspub.com. In Eastern traditions meditation is considered the primary tool for learning how to focus your thinking which supports one to reside in awareness.

I recognize that I have cast a wide net, and personally, I would love to see more research done in the realm of consciousness and it’s affects upon our lives. An experience I had that stands out as a stunning example of what happens when we consciously direct our prana, occurred when I was striding through an airport and banged my shin on an unsuspecting trolley. The pain was extraordinary, and my eyes winced with tears. I gasped when I reached down to feel a golf ball-sized welt. I held it and simply began to direct my breath to it. Immediately the pain increased. This is what breath does; it brings forth what needs to be released. Hence we often hold our breath. Holding suppresses the pain but it also locks the pain into our cellular memory. After about 5 minutes, the pain began to subside and I notice the welt was decreasing. After a few more minutes of directed breathing, I was surprised when I found no bruise and no tenderness, no sign of impact.

Our bodies heal when we combine these two powerful elements, we all carry – consciousness and prana. We thrive on oxygen, and when we take it in consciously, we reside in awareness. Our consciousness is the activating ingredient. Consciousness is the Divine expressing, dancing through our body, through our lives. There is nothing to do, but simply shine our awareness on to any given moment, and breathe. Allow these two divine principles to dance in your life, and watch the transformation.

About the Author: Timothy Shaw 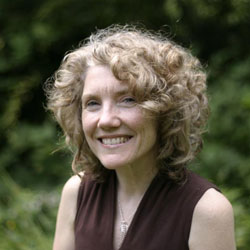 Tracey Stover is a Breath Trainer (since 2001), meditation teacher, spiritual coach, writer & entrepreneur. She is passionate about the power of the breath to heal. Based in Seattle, WA, she travels the U.S. and abroad holding retreats, trainings and workshops.